Some time ago I got an old HP NetServer 5/133 LS2 (that I revived with FreeBSD).

After giving some progress during the boot process, the front LCD display gets stuck with a useless description when the system is up and running, as shown here: 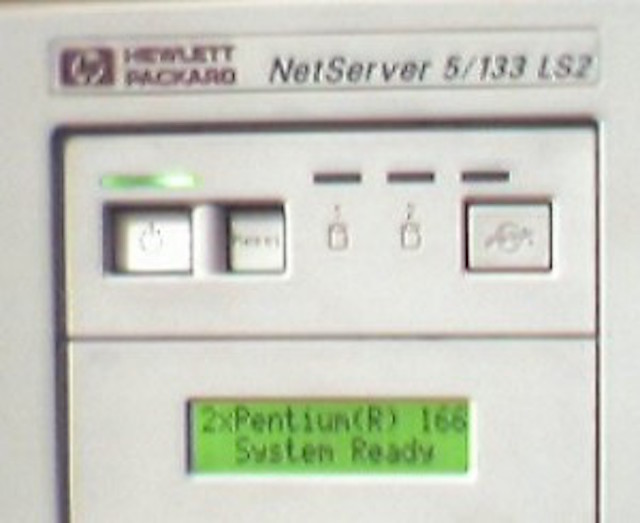 I thought it would be nice to be able to write some meaningful text there, so I started investigating how to do that.

On HP's forum I found out that there is an utility called LSECU that could help me. In fact LSECU allows you to setup some custom static string in the BIOS, but I was looking for a way to control the LCD from Unix in order to show realtime status informations. Since I couldn't find anything like that on the internet, I decided to reverse it.

When you boot the system, the LCD will show various text messages before the OS loads, so the NetServer’s BIOS must contain the code to change the LCD text. So I started from the BIOS: googling a bit I found out that on the i386 architecture the BIOS starts at memory address 0xf0000 (and its size is 64k): so I wrote the following program to extract it to stdout.

Obviously only root can run that code (at -1 securelevel). Once I got the BIOS on a file, I went to Windows and downloaded some disassembler programs, as some friends of mine suggested (thanks to sand, Smilzo and tripz), and disassembled it. At first I looked for the string that was first showed by the BIOS, and I was able to find it at offset 0x6f26. Then I started looking for anything using that offset and got:

I don’t know much about x86 assembler, but this seems a call to function. Going to 0x24ef I found:

This function does some stuff with ax and then calls 0x23d3:

Finally I got what I was looking for: some data bus I/O operations (in and out). Looking at the code, it seems that the LCD uses two I/O ports, 0xe00 and 0xe04 (as you can see these values are loaded into the dx register and then used by the in/out ops).

Given the I/O addresses, I could start writing something. Throwing random bytes at the ports above I was able to put some nonsense characters to the LCD: 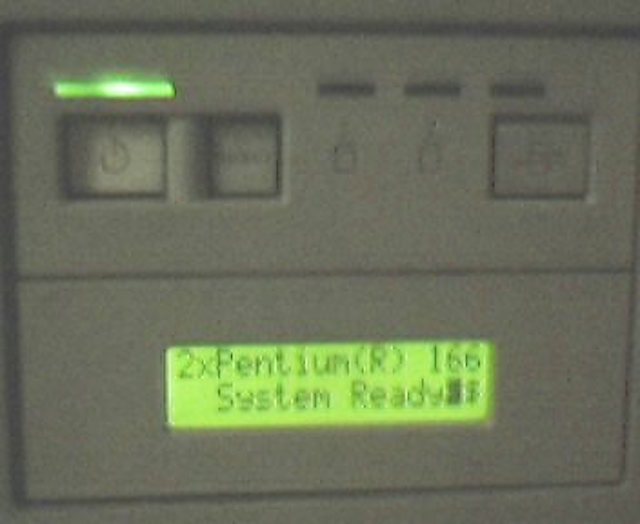 That confirms that the addresses are right. But how to write data correctly? It looked easier to me to open the NetServer instead than reversing the whole protocol from the BIOS code, so I took out the control panel… 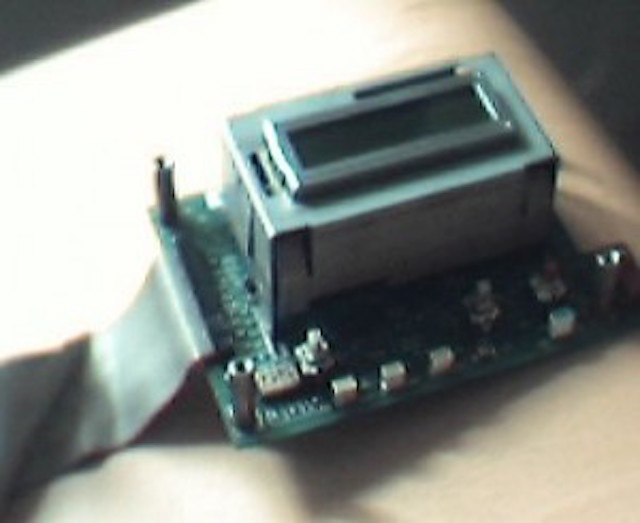 …to get the LCD driver IC, after removing that metal block: 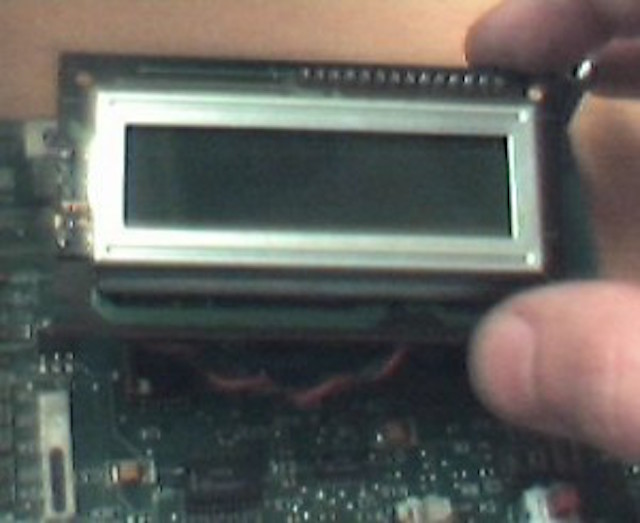 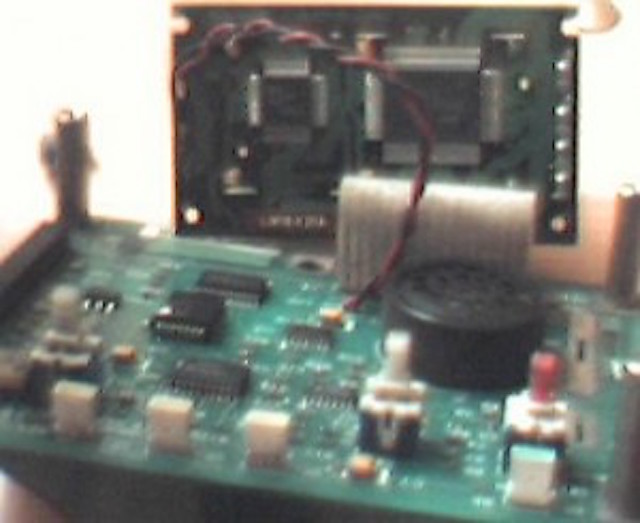 The IC is HD44780A00, a processor of the well documented and widely used HD44780 family. Using the HD44780 datasheet it was easy to discover that 0xe00 is used to send commands and 0xe04 is used to send data to the device.

So I’ve written lcdw, a little program to write directly on your Netserver display. Using lcdw, it’s easy to put on the LCD some nice infos about system’s current status, like uptime or load average. Follows an example of monitoring command (showing logged users and system load - the regex is a bit messy to match both FreeBSD and Linux uptime formats): 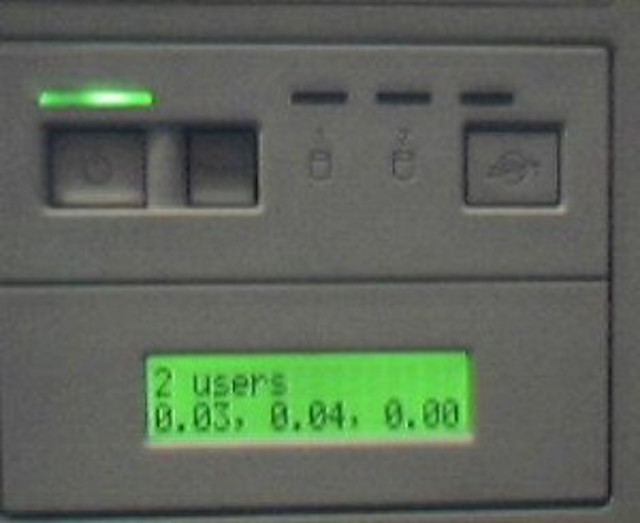 NNet is a (metaprogrammed) neural network. It allows the selection of the network layout (number of layers and activation functions) in a simple way, without runtime costs -- check out the following 2