Lately I’ve been wondering if a wind-generator could help me lower my electricity bill (since my home server burns continuously some hundred watts per hour) in my town, Ponzano Romano. So I came up to the idea that wind data logging is absolutely a must for any further reasoning about wind – that is I need an anemometer. On internet prices for those devices may vary, but I was unable to find anything below 150€ which I think is a bit too much for what is just an experiment for fun.

From the very interesting forum energeticaambiente a post pointed me to the electronic italian magazine “Nuova Elettronica” that posted the following (relatively cheap) anemometer kit: 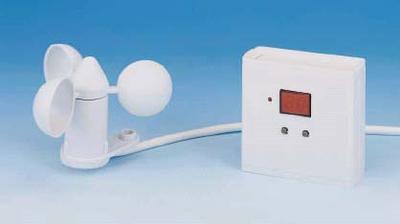 The kit is fine but is not meeting my requirements for data logging, that is I have the need of a constant wind speed recording into my server; since it’s possible to buy only the anemometer (without the logic board) I went that way.

Moreover not so long time ago I’ve built some I2C circuitry (look at the post on this website), so I thought that a I2C wind logger interface to the anemometer from Nuova Elettronica (which costs 30€) would be easy and very cheap to build, bringing total cost of the solution to around 40€. In case you need to assemble even the I2C-to-Parport adapter, then you need to add few € for it, but the total cost should be no more than 50€.

This is the schema that I plan to build: 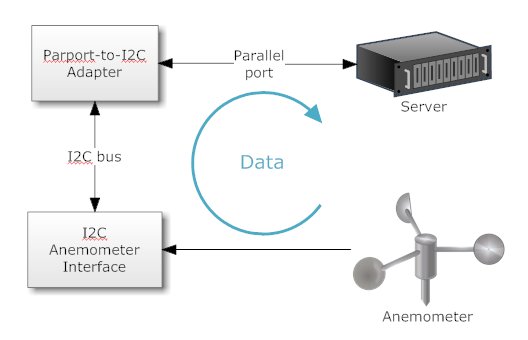 For those who may be interested, there’s another cheap anemometer by APRS World which is for sale at $65.

Finally I had some time to assembly the prototype board of the anemometer. Follows the schematic and the board layout: 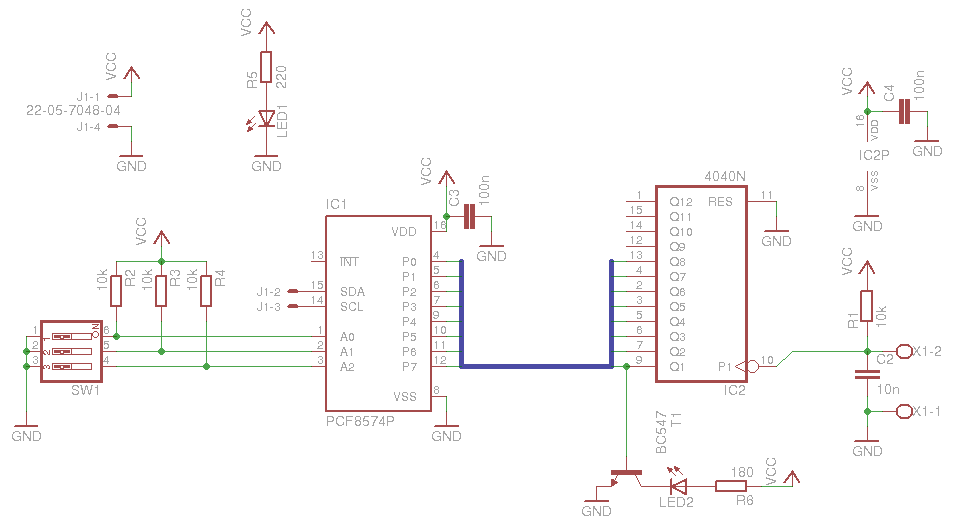 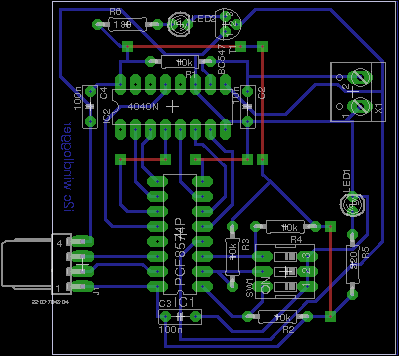 The board is rather simple and is based on a PCF8574 providing to the I2C the output of a CD 4040 counter. A dip switch is provided to select the PCF8574 address and some leds for power on and wind activity. 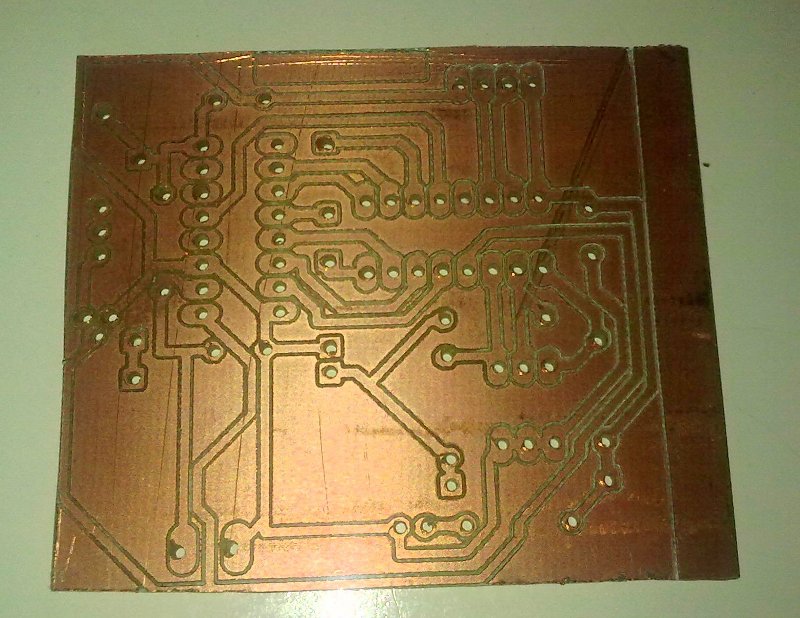 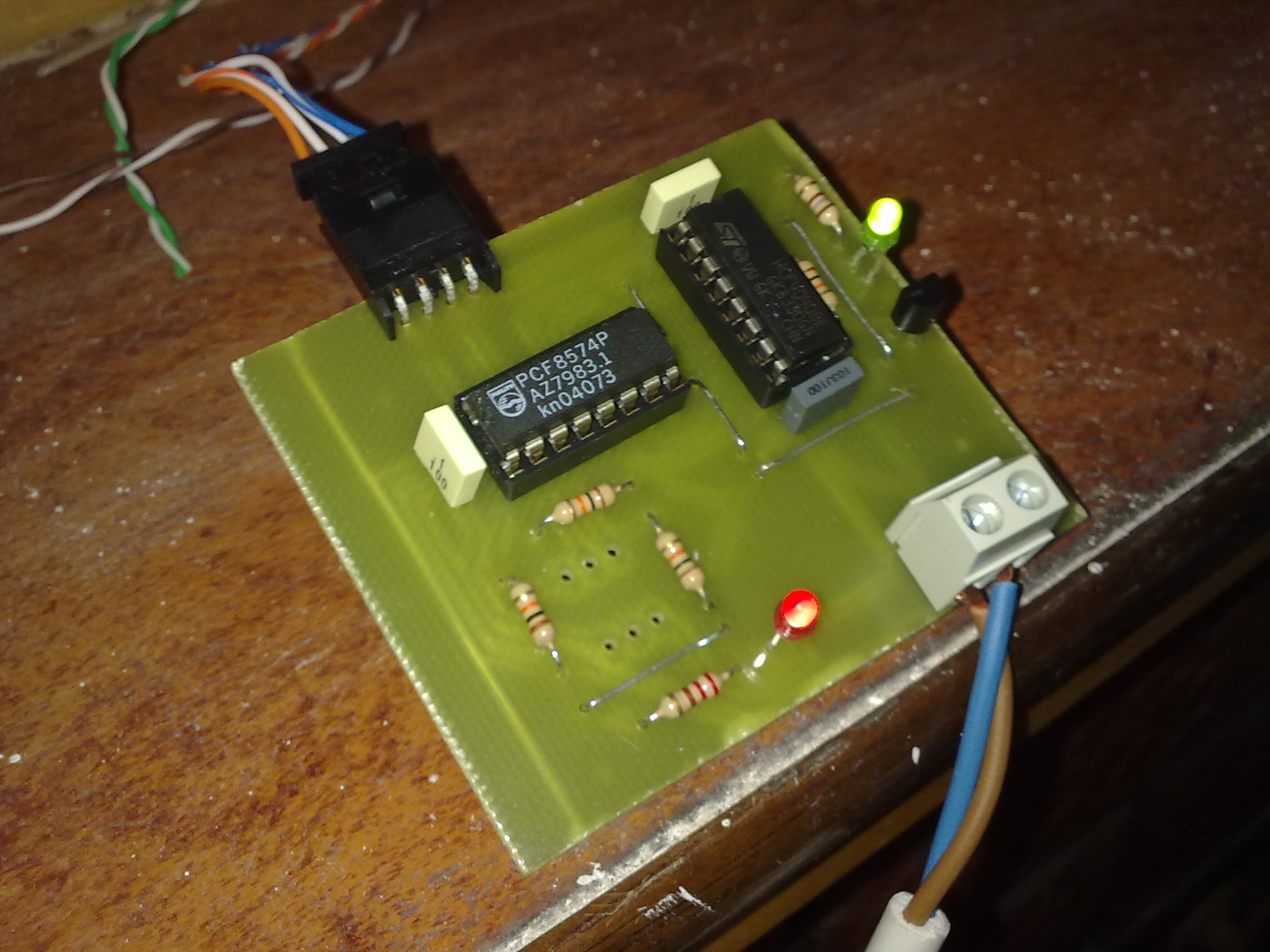 The DIP switch was not soldered thus the circuit will have the address 0x27. After blowing the anemometer the green led was blinking and a scan on the i2c bus showed that the PCF 8574 was correctly detected. It was time to put the anemometer on the roof: 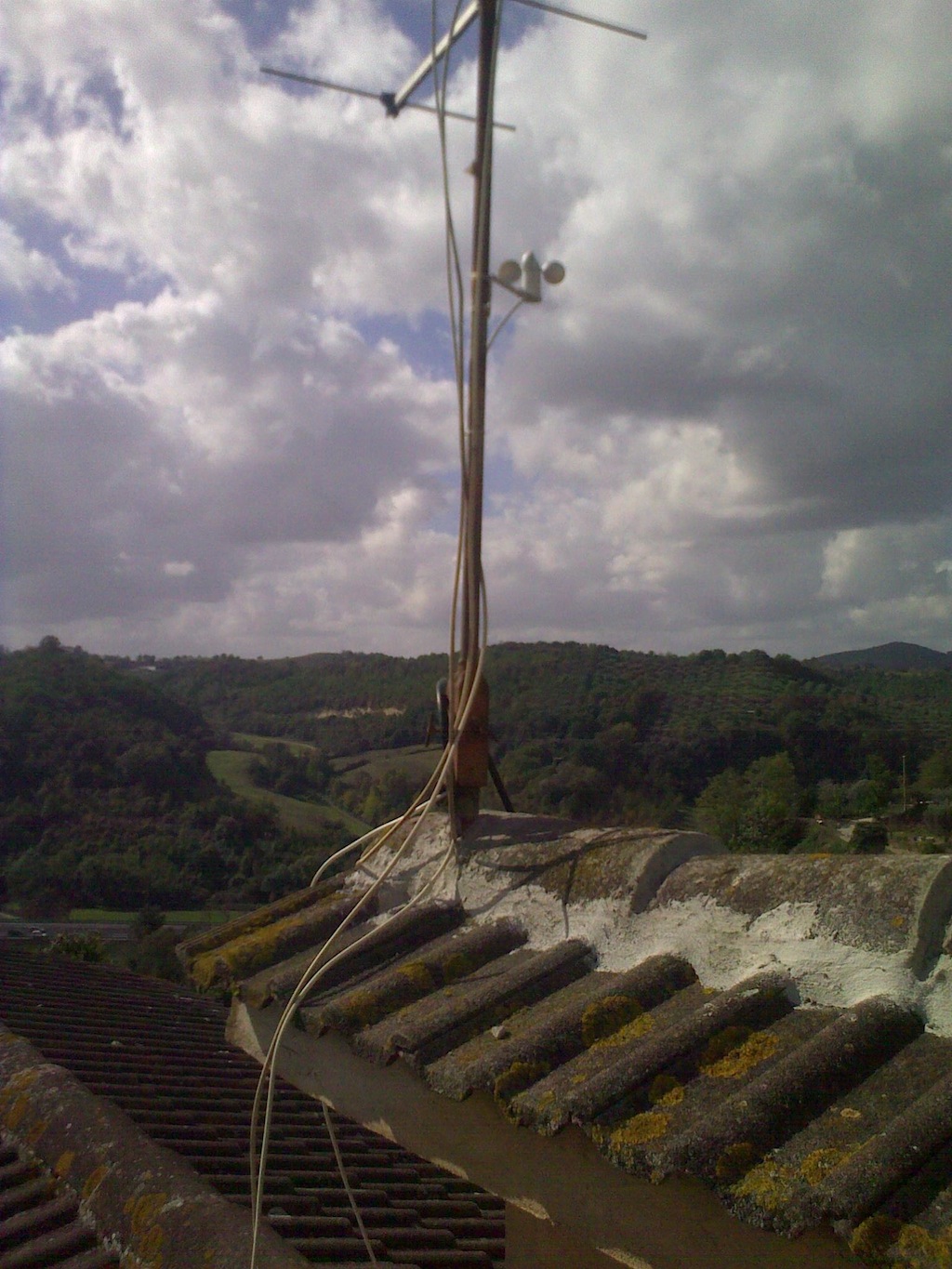 After the hardware, it came the time to write the software. Due to the disappointing I2C support of perl (CPAN couldn’t find Device::SMBus), I’ve decided to switch to C(++) to get the thing done using the i2c-dev interface available from Linux kernel. The program, named windlogd (wind-logger-daemon) reads the counter values and output the current speed, as show in the following:

The transfer function between the anemometer is defined in the source (see the TF_* defines). The -d argument sets the bus to be used (defaults to i2c-0), while -s is mandatory and is the device address (can be expressed both in decimal and hexadecimal using the 0x prefix).

Today I’ve discovered that the very common Symbios 22801 (aka Symbios Logic 53c875) SCSI controller is (unexpectedly) failing to be recognized by Solaris 10 on x64 hardware. In fact I was in

Event is a little library built on top of boost::signal and boost::mpl that allows the user to declare in a simple way an object that can emit events and allow connection